The Hajjis or pilgrims wear simple white clothes called Ihram. During the Hajj the Pilgrims perform acts of worship and they renew their sense of purpose in the world.

The word ihram is used for three meanings:
1. The two pieces of cloth worn by male pilgrims.

3. The state of consecration in which the pilgrims are during Hajj or ‘Umrah. After putting on ihram (first meaning) and making the intention of ihram (second meaning), the pilgrims enter automatically the state of ihram, which requires them to avoid certain things.

Cleanliness is recommended before putting on the clothing of ihram. It is recommended that you clip finger and toe nails, shave off armpit and pubic hair, comb the hair and beard, trim the moustache, bathe (perform ghusl) or at least make wudu’. Men, but not women, are also recommended to put on perfume.

There are no reviews yet. 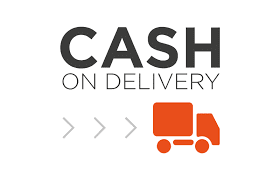 Our delivery charges are Rs. 150 all over Pakistan.

In other words, when the TCS person came for delivery.